Along with technical analysis, fundamental analysis trading is one of the most used strategies by analysts and investors to study the financial markets as they try to predict price movements of various financial instruments which are traded in the process Each of these trades has its supporters and detractors. However, many traders combine both types of analysis to make decisions regarding the management of their operations in the market, thereby seeking to exploit the various advantages of each of them. 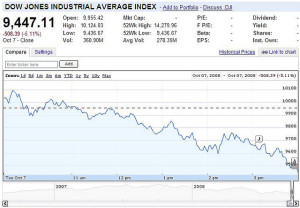 Technical analysis is based primarily on the study of price and patterns and their behavior to try to predict their future movements. For a technical analyst, because of everything that can influence the price, it is already discounted by it, or it has already been taken into account for that same price. Conversely, fundamental analysis trading focuses on the causes of price movements, such as news and events related to economics and politics, primarily in major economies worldwide. Therefore, the pure fundamental analyst is not concerned about graphics or price-based indicators which can occur, because of this, what matters are the underlying causes behind the different price fluctuations.

Even if many technical analysts deny it, many market rises and falls in price occur when important news related to economics or politics are known, or data from macroeconomic indicators of countries like the US, Germany and Japan are published. Whenever data on US economic indicators are announced, almost certainly the markets will exhibit high volatility.

When speaking of fundamental analysis trading, traders must also specify the market and type of financial instrument that is being analyzed. For example, in the case of stock markets, fundamental analysis not only refers to macroeconomic, political and other similar factors, but also to the study of the companies whose shares are the interests of investors. In this case the analyst examines factors such as management, business profits, income, and so on. 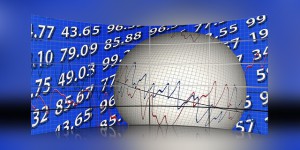 In this moment, because there are various economic sectors, traders can not specify a set of general rules as the general criteria for assessment and analysis, because there is no set guideline that can be applied globally to all companies or countries. For example, it is not possible to apply the same evaluation criteria used to analyze utilities, than the ones used for power generation companies, banks, real estate companies or industrial companies. For this reason a general fundamental analysis is not a concrete set of tools, but rather a series of methodologies depending on the sector to be analyzed.

In the Forex market, for example, fundamental analysis trading focuses mainly on the financial and economic theories, as well as on the developments and events of political character in order to determine the forces of supply and demand of the various currencies. It covers the review of macroeconomic indicators, stock markets and political events since the latter has to do with trust in the government, and the climate of stability of countries, which affect the market in their own ways. Among the macroeconomic indicators most commonly used by market analysts there are increased interest rates, measures of GDP, inflation, unemployment, currency liquidity, foreign exchange reserves and productivity.