The binary options platform Banc de Binary has received a demand from the US securities regulators accusing them of providing services to American residents without compulsory licensing.

Banc de Binary was the only binary options broker left to ensure that it had every regulation and license required to operate inside the United States. 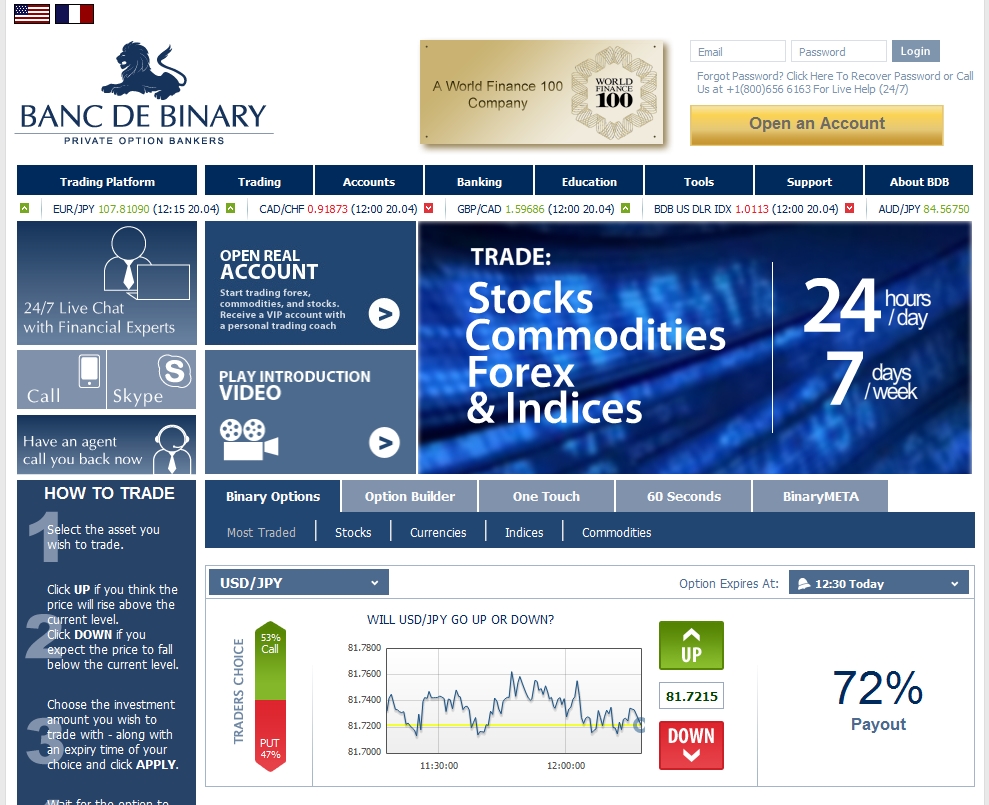 Official information regarding marketing, and operation procedures reveal that they were settled on Wall Street, New York, in the Trump Tower. Both the Commodities Futures Trading Commission (CFTC) and the Securities and Exchange Commission (SEC) filed civil lawsuits in the Nevada federal court which accuses Banc de Binary of a violation of the ban in the US about binary options trading, and for operating without registration from mid-2011 to March 2013.

In this period, Banc de Binary operated an online trading site that allowed US customers to operate binary options, which is prohibited by the CFTC. According to this entity financial regulation, Banc de Binary used this site to request the opening and closing operations on assets like oil, silver, sugar, coffee, corn, currencies and other commodities illegally.

Oren Laurent, President of Banc de Binary, issued an official statement confirming the cease of operations of the binary options platform in the US market, following the measures taken by the United States Commodity Futures Trading Commission (CFTC) and the Securities and Exchange Commission (SEC), both industry regulators controlled by the State. In its official statement, Laurent said that these entities “have claimed that Banc De Binary is not allowed to offer their binary products to US residents without being registered with the corresponding agencies”. It was confirmed that Banc De Binary discontinued all operations with US residents, so it will not accept more clients in the country and it won’t allow existing customers from the USA to perform operations on the platform.

Laurent stated that at this point, they intend to work on the refunds regarding accounts of existing customers. For customers who have met the requirements and have agreed to accept bonds, the platform will refund the total remaining balance on their accounts. Otherwise, Banc De Binary will subtract from the trader’s balance the amount of the bonds accepted, and there will be a refund corresponding to any remaining positive amount. The broker will process the refund via the same payment method used to make deposits. Depending on the payment method, the transfer should not take more than a few days.

Federal agencies are on the watch for financial penalties and any sort of lock that manages to prohibit Banc de Binary to establish any negotiation with US customers. A few days ago another binary options platform based in Cyprus, 24option has closed its doors to customers in the United States.

Many sources indicate that after the recent lawsuit against Banc De Binary, and charges brought against them by the CFTC, 24option has been fearing similar actions; so they have decided to close their doors and cease to accept any more American customers

Customers are wondering what this decision means for 24option and what impact will it have on their accounts and balances. As it has been stated, all previously created accounts that still have funds on the platform can continue to use the system and withdraw their money.